PayPal Holdings in is an American company that offers global online payment facility that helps millions of users all over the world to transfer their money electronically as a safe and fast alternative to traditional methods like checks and money orders. With PayPal, things have become very easy for people who did not want to risk sending money and also pay hefty fee for the transfers.

It has grown to be one of the largest internet payment companies that only takes a few seconds at most to transfer money from one account to another. Not only people can send money to their loves money and merchants in case of business, they can also shop online very easily and pay with its secure system. PayPal operates as a payment processor for everyone one be it an online vendor, auction sites and commercial users too for a small fee.

Since it was established in 1998, it has become very popular among the users and it has been attracting more and more people as it makes very easy for them to handle their money transfers. In 2014, PayPal moved $228 billion in 30 currencies across more than 190 nations, generating a total revenue of $7.9 billion which has a lot to say about the popularity and he usage of this online money transfer company. PayPal has been making good progress and it continues to see strong revenue growth as it continues to offer benefits to users that they are not getting anywhere else.

Paypal Is On The Fast Road To Growth And ProgressTold by a research papers help provider company, Paypal came up with its fourth quarter earnings and they were just what was expected by the investors and the market. Their revenue came in at $2.98 billion, which is on par with analyst estimates and it is a 17% increase from previous year that speaks volumes about the success and growth PayPal is going through.

According to the CEO Dan Schulman, “In the past year, we transformed our market opportunity with a series of strategic partnerships with networks, financial institutions, technology companies, and mobile carriers. We accomplished all of this by putting our customers first.” This is no tiny accomplishment and PayPal continues on it road to success and growth as it has been attracting more and more users, commercial as well as merchants and it is only it way to doing better business every year.

In 2002 PayPal had become a wholly owned subsidiary of eBay but it serrated in 2015 and since then it is currently the largest of the two with a market cop of $50 billion while eBay is valued about $36 billion. The main reason behind it is that PayPal also own properties like peer-to-peer money transfer service Venmo and Stripe competitor Braintree that helps it to make some additional money when users avail Uber or find accommodations with Airbnb along with Xoom transfer payments for sending money abroad and this adds to its total value and makes it one of the most fast growing companies in the world.

Not only PayPal is used by people who use laptops of computers but with its app, mobile shopping with PayPal has also become very easy for consumers. This year it was reported that the number of people shopping with their smartphones has increase and PayPal mobile shopping for accounted for a third of thanksgiving and black Friday sales. The team at PayPal is constantly working hard to make things work out for people at the other end because people trust its name and they want to do business with someone who understands their need for security and provides them a chance to transfer their money without any hassle or illegality in the middle.

Ever since PayPal separated form eBay, it has also been going through some major changes and it has recently came up with a redesigned app too and this app is now becoming very popular among the users. More than 18 million users are now using its One Touch checkout to enjoy the easy options that it offers.

Currently, PayPal is working in 202 markets as has more than 188 million active and registered accounts which is just too big for any company that has still some market to capture in a few countries. As it enables it customers to send, receive and hold funds in 25 currencies, it is one of the most preferred ways of handling money. It offers people a chance to purchase and sell goods and services, donate money or receive donations too all with just a few clicks if they have their account. The best thing it offers is the option of choosing their currency as the difference in currency often confuses people and they end up wondering how much they are paying.

Since it has been operating in the market, PayPal has managed to make its place in the international market and while it was working with eBay, it managed to reach the top with so many people using this money transfer service to carry on their money transactions. Even after its separation from eBay, PayPal continues to see strong revenue growth because it has managed to become the largest money holding service that has access to the biggest market with payment options in so many currencies that has yet not been achieved by any other money transfer service.

Not only it has given common man a chance to hold money transfer in his hand, but PayPal has also made things easy for merchants who do not want to deal with banks all the time and adhere to the restrictions of time and days. Working 24 hours a day, 7 days a week and 365 days a year, PayPal offers every user a chance to do when they want and when they want, regardless of the holiday season or any other emergency. It continues to grow and make its place among the users with the exceptionally safe and quick services it offers them.
Paypal Strong Revenue Growth Strong Revenue Growth

How You Should Write Introduction for PhD Thesis

What Is the Difference Between Beta Reader and Editor

When you wrap up writing a book, you can't simply send it off to the distributor without altering it or getting some criticism on it. Be that as it may, appropriate altering and simply getting input and two different things. Altering is finished by a prepared manager who checks for sentence structure and accentuation mistakes and gives you criticism on the details of your novel. A beta reader is somebody who reads your book and gives you input simply from a reader-driven point of view. They don't alter your book, however, give your criticism on your story, if it's engaging, how is the speed, etc. Be that as it may, what are the significant differences between a beta reader and a proofreader? Experts of coursework writing services will discuss here in detail. A beta reader is somebody who gives you criticism on different parts of your writing. They will mention to you what works and what doesn't. A few inquiries that beta readers answer are: Are your characters grown al 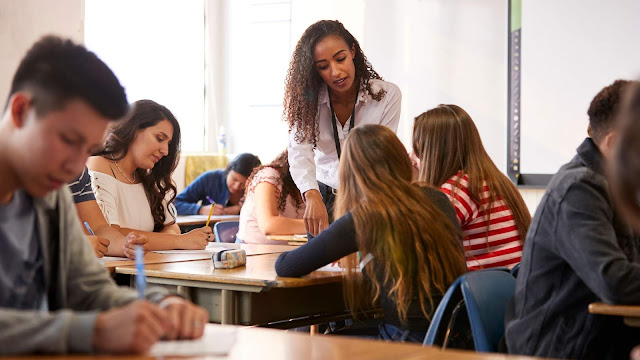